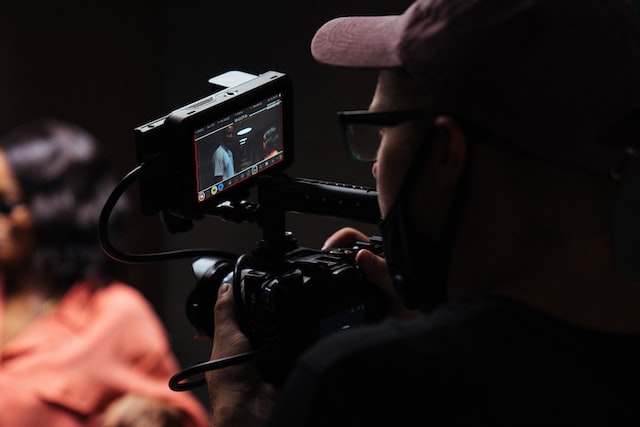 The director’s latest film is noticeably short of his trademark sex and violence, but he still isn’t scared to confront some difficult truths about our hate-filled age

When his leading man asked Park Chan-wook to describe his role in the director’s latest film, the noir romance Decision to Leave, Park told him the character was the sort of deferential police officer who “doesn’t carry a gun, but he carries wet wipes”.

Park recalls this over Zoom with a sly smile; his interpreter laughs. The director, known for Oldboy and The Handmaiden, is at the Toronto film festival promoting Decision to Leave, which tells the story of a mild-mannered detective (played by Park Hae-il) who grows dangerously close to the lead suspect in a murder case. “It’s really nice to be able to go back to cinemas,” he says of the return of in-person events (he’ll be in attendance for the London film festival this month). “I think I had taken for granted being able to screen my films in front of a wider audience, how valuable that experience was, before the pandemic. But now I know.”

The idea for his new film came from police mystery novels. Park noticed their protagonists were “quite violent, very macho, some of their signatures are swearing or chain smoking”. He became interested in the Martin Beck series of 1960s Swedish detective novels, which presented a gentler model of detective: Beck “has a very strong sense of calling, he has his own principles”. And so Decision to Leave’s wet-wipe-carrying Hae-jun (who is, incidentally, trying to quit smoking, at the request of his wife) is almost “too courteous and too kind: he is out of the category of the macho detective”.

This emphasis on restraint may surprise fans of Park’s earlier work. The director is credited with bringing Korean cinema to global attention in the 2000s with a trio of stylish and unsparing films about revenge, in which brutal psychological trials are combined with maximalist violence. A man is bound up and left to drown in a riverbed in Sympathy for Mr Vengeance . In Oldboy, a prisoner fights through a crowd in a darkened hallway armed only with a hammer, blood trickling down his neck. In Lady Vengeance , a group of parents take knives and axes to the serial killer who murdered their children.

When it premiered at Cannes this year, Decision to Leave brought Park an award for best director; it also brought questions about why the film contained neither sex nor violence. “My two protagonists in Decision to Leave are quite bad at being honest with their true emotions,” Park says. “They sometimes restrain themselves from expressing what’s happening inside of them or sometimes say something different, something the opposite of what they actually feel.” And so the audience will have to watch and savour “all the small nuances and the small changes happening to their faces and their gestures”.

“In order to do that, I had to make sure that there aren’t too many stimulants around what we see. I tried to make sure that nothing too strong will overshadow or overpower anything that I’m trying to convey.” He describes some examples that I noticed – a closeup of a pair of hands in handcuffs, closing in on another – and others I didn’t: the breaths of the two protagonists moving in synchronicity.

Decision to Leave is a slow-burner of a film, filled with twists; Park’s subtle details reward careful – and perhaps even multiple – viewings. At the heart of the mystery lies Seo-rae (played by Tang Wei), the wife of the murder victim and an immigrant with a chequered past.

“The biggest objective for me and my co-writer [Jeong Seo-kyeong] was to really go beyond that stereotype of film noir women,” he says of Seo-rae, who is neither a blameless Madonna nor a femme fatale. The film adopts some genre tropes and then plays with them. We see Hae-jun staking out Seo-rae’s apartment at night, noting her penchant for eating ice-cream for dinner; the voyeuristic man observing his alluring, unknowing target from a distance. Then Seo-rae starts watching him back, sparking a game of intrigue.

Park also plays with the idea of failure. The resolution of a mystery does not always bring about the resolution of a conflict, he says. For all the differences between Park’s new film and his 2000s Vengeance trilogy, they all take a genre that usually teases satisfaction of some kind – whether through solving a crime or meting out a long-awaited blow of justice – and then frustrate that deliverance. Discoveries of the truth leave his characters haunted by more questions; revenge does not feel sweet but rather leaves one hollow and pained by guilt.

Park, who studied philosophy at university and initially wanted to be an art critic, is amiable and thoughtful in interviews. He has been asked about his portrayals of violence throughout his career. What does he make of our current moment, in which anger has exploded once more in public life, noticeably through movements seeking revenge on a perceived interloping other: immigrants, refugees, feminists?

“If you look at the history, it’s been quite common for politicians to tap into people’s hatred towards others,” he says. “All my films that deal with vengeance essentially talk about how in vain it is to lash out towards people, and there’s nothing you can get out of an act of vengeance. Sympathy for Mr Vengeance deals with the conflict between the classes, and also, even though none of my films talk about the topic of anger or hatred towards women, which does exist in our society, it is important for us to accept the fact that we have this illness. We have to look at it squarely, and that is the only way we can bring about a resolution.” Film-making, he says, can help us confront what needs to be confronted; stories on screen can spark discussions in real life: “That is the power of art.”

Decision to Leave’s global release is still rolling out – it will be South Korea’s entry for best international feature film at next year’s Oscars – but Park is already working on many new projects, including an HBO adaptation of Viet Thanh Nguyen’s Vietnam war novel The Sympathiser, as well as a western and a science fiction film. He credits streaming platforms for the recent explosion of global interest in Korean culture; the “resistance to subtitles has decreased quite a lot”. The current generation of leading directors, such as Parasite’s Bong Joon-ho and Squid Game creator Hwang Dong-hyuk, were at university during South Korea’s struggle for democracy in the 80s. Park points to this as a factor behind the nation’s reputation for producing works that are highly attuned to issues of social class and political struggle.

Although it is tempting to tell the story of Park’s career as one that began with a fascination with violence in his youth to one that has now embraced romance and restraint, Park is not done with vengeance yet. He plans to remake the 2005 French film The Axe, based on a novel about a middle-aged man who loses his office job and becomes a serial killer. When I ask him what more he wants to investigate on the subject, he laughs. “Well it’s too early for me to say anything because I have not worked on those projects you’re referring to, so I haven’t actually thought about that.”

His creative process is far less methodical. “When I make a film, even when I’m writing the script, I don’t know which film I’m making. I’m just telling the story that I feel is going to be entertaining and fun for the audience.” It is only when he starts the editing process that he realises: “Oh, this is what I’m trying to say.” Camera angles, shots, lines in the script all seem to come together in the end, he says, “as if I planned everything from the beginning … It is quite amazing how the creator’s subconscious works.”