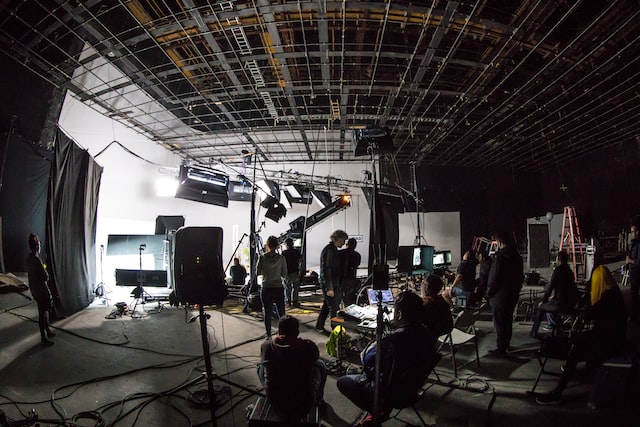 The film “Bones and All”, in competition at the Venice Film Festival in September, went home with a Best Director award.

In between blockbusters, Hollywood darling Timothée Chalamet makes his return to the camera of Luca Guadagnino, the director who made him famous, in a disturbing cannibal road movie in the United States.

The 26-year-old Franco-American, who will be in the next instalment of Dune and the Roald Dahl-inspired musical Wonka next year, takes a counter-intuitive trip to 1980s America in Bones and All, in cinemas Wednesday. The film, in competition at the Venice Film Festival in September, went home with a Best Director award.

“Two very isolated young people, who still have no real identity and assert themselves through love”
This time, no sweet gay romance in the idyllic setting of an Italian villa as in 2017 with Call me by your name: the actor breaks his smooth image of a young man in all respects by lending his angelic face to Lee, a vagabond who embarks on an odyssey with Maren, whose irrepressible appetite for human flesh he shares.

It is the story of “two very isolated young people, who don’t yet have a real identity and affirm themselves through love”, Chalamet summed up in Venice, confessing that he was “dying to work with Luca” Guadagnino again. “Being young today (…) means being judged all the time. I can’t imagine what it’s like to grow up under the knife of social networks. It was a relief to play characters struggling with their dilemmas without having to go on Reddit, Twitter or TikTok to see how they fit into society,” Chalamet observed.

The character of Maren is played by Canadian actress Taylor Russell, best known so far for her roles in the series Strange Empire and Falling Skies.

Bonnie and Clyde
The two protagonists are driving their blue pick-up truck and Ronald Reagan is in the White House, but it doesn’t matter: this umpteenth variation of the infernal couple formed by Bonnie and Clyde evolves in an eternal America, that of the Midwest haunted by those left behind by the American dream.

In the course of their journey, Lee and Maren try to understand their difference and learn to live with it, but not without a few violent hiccups that give rise to some gory scenes where we see them devouring bodies that are still quivering. “There is something about those who live on the margins of society that attracts and moves me. I love these characters,” explained Luca Guadagnino. “I am interested in their emotional journey. “I see this film as a meditation on what we are and how to overcome what we are, especially if it’s something we can’t control”, stressed the director, who chose to adapt the novel of the same title by Camille DeAngelis.

Beyond the analysis of the psychological springs accompanying the quest for self among these marginalized people, Bones and All arouses an almost physical uneasiness in the spectator, not so much by showing unbearable scenes as by making a couple violating a universal taboo terribly seductive.

In the background, Guadagnino lets his camera wander over grandiose, fairy-tale landscapes where his characters seem to be only fleeting shadows destined to be devoured by their destiny. A sort of children’s tale where the ogres are also beings of flesh and blood shivering with realism. The chilling performance of an unrecognizable Chloë Sevigny in the role of Maren’s mother should be remembered in this regard.