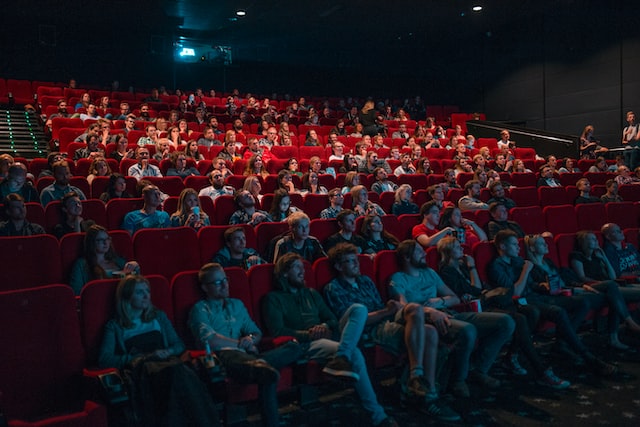 The director is all wrong. Just as you wouldn’t call on Quentin Tarantino to make a movie about Monet and his waterlilies, Lasse Hallström is a perplexing choice for a biopic about the Swedish outsider artist Hilma af Klint. Hallström is the soft-centred director of sweet-natured heart-tuggers such as Chocolat and A Dog’s Purpose . Af Klint was completely unknown when she died in 1944, and is now finally getting the recognition she deserves; Tate Modern in London is staging an exhibition of her mystical abstract canvases next year. Under Hallström’s mushy direction, her life story is simplified, sweetened and feelgood-ified.

Still, there are some cracking performances, including by the director’s daughter Tora Hallström, who plays Hilma as a free-spirited carefree young woman with fiercely present, intense blue eyes. Raised in a nice, educated middle-class family, Hilma starts attending seances after the death of her beloved 10-year-old sister. So begins her lifelong obsession with spiritualism and mysticism. Cloyingly, in a handful of squirmy scenes, Hallström wheels out the consumptively pale ghost of Hilma’s sister, appearing to her in visions.

Far more interesting is the group Hilma establishes with four other women in the 1890s. Calling themselves the Five, they hold seances and meditations; when Hilma paints, she believes higher spirits are directing her brush. The dynamics of the groups are interesting and complex. Actor and model Lily Cole plays one of two working-class sisters made to feel as if they should know their place. Catherine Chalk is terrific as wealthy heiress Anna who pretends not to care about money but who clearly controls by means of her purse strings. Hallström’s script runs with the suggestion that Af Klint was lesbian – in a relationship here first with Anna, then with a nurse hired to look after her mother.

Af Klint did not show her work during her lifetime; she is portrayed in late middle age by Hallström’s wife, Lena Olin, as a batty old bird, muttering to herself on trams. What a shortchanging of Af Klint’s extraordinary life and work this is.